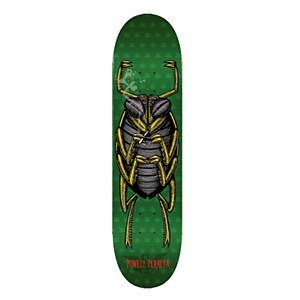 The Roach graphic was originally designed by VCJ in 1987 and offered to Mike Vallely for his first pro model. Mike rejected the idea and wanted an elephant instead. So, it became a "non-pro" generic deck. A checkerboard background was added and it was produced in Bonite construction on the "Gee-Gaw" shape. This "modified" version gives new meaning to the VCJ classic. Puff, puff, pass.

Great for beginners to pro level skating at an awesome price. Works well in the streets, skateparks, pools, freestyle, bombing hills or just pushing to the store.